Insights from the leadership at HB on technology and culture 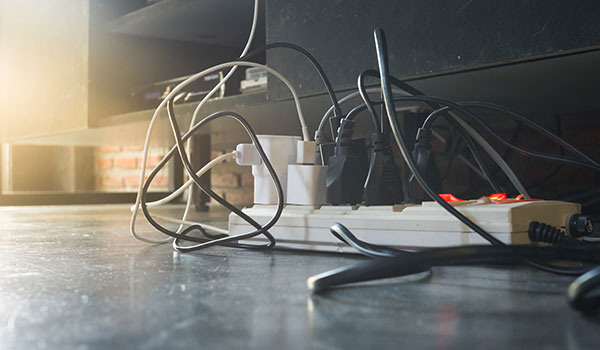 Dave Petrelle, a Senior Field QA Engineer at HB communications shared a How-To Geek article on replacing surge protectors and there ensued a tech tip, a reminder, and a few questions from our own engineers. Rather than keep this bit of information internal, we thought we’d ask: Do you regularly check your surge suppressors?

Your surge suppressor can only take so many hits before it just becomes just a plain old power strip. How many hits, and how long is the question though. The article recommends every two years, but HB suggests that whenever you replace a system, don’t reuse your surge protectors. What’s the point of putting in a new system and then reusing a possibly compromised device to protect the all new gear?

If you have a device that has an indicator light, that should be pretty reliable, and most high-end units have an indicator light. If your surge suppressor doesn’t have one, you can do a visual inspection or do the following for MOV technology:

If it has a resistance much under 100 ohms, it has blown. Desolder and remove the remaining lead and remove the MOV from the equipment. If the part has resistance over one million ohms, it is still good. If it’s good, resolder the lead you removed in step three.

If you aren’t commonly soldering and desoldering your tech, the long and the short of it is, take a look at your surge suppressors. It’s not worth ruining your brand new technology over an old suppressor.